YuStart, the first bespoke university crowdfunding website dedicated to supporting student projects, will celebrate its third birthday in January so we’re sharing some of our favourite projects from the last year and thanking you for supporting them.

The University of York Solar System

In October the University of York Astronomy Society raised £2,334 to build a scale model of the solar system across campus. Featuring all eight planets and the dwarf planet Pluto, the solar system has now been installed. This unites main sites across the University and encourages staff, students and the wider community to engage with astronomy and the University. Astronaut Tim Peake even made an appearance on campus and posed with Jupiter! 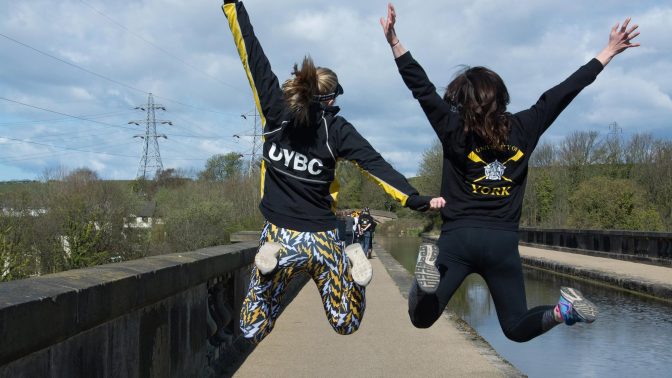 The University of York Boat Club have kept their fleet in good shape by using YuStart, their fundraising skills and most importantly your support. September’s campaign supported a group of UYBC athletes competing in the Boston Rowing Marathon to help towards funding a new boat for their women’s team. Rowing an exceptional distance of 50km along the river Witham, they raised £2,214 and have just announced that they have been able to buy their boat. Keep an eye out for this active fundraising club and if you’d like to help them contact Susie Braithwaite.

Watch the YuStart website this January for our next showcase of film projects, submitted by final year students from the Department of Theatre, Film and Television. We’re aiming to repeat the success of last year’s film showcase which raised £10,530. Many of the projects, which included a sci-fi thriller and a documentary about the life and death of pets, have gone on to be screened as part of the Aesthetica Short Film Festival this month. Without your kind donations and support this may not have happened. View the campaign pages and trailers for this years’ projects below.

Find all the current YuStart projects you can support on the YuStart website.