Your support helps our research staff collaborate across departments and seven interdisciplinary themes. Our academic strength means we can meet the scientific, social and environmental challenges of our time.

Donors and alumni Allan and Sarah Conway were so inspired by York’s Equal Access Fund appeal that they have created a named scholarship to provide funding towards fees and living costs, giving an undergraduate student (with secured refugee status) the opportunity to study at York. The first recipient starts this September, and will be supported for three years.

Legacy for the future

Chemistry alumnus, Roy Fenton, is our 101st person to generously decide to include a gift to the University as part of his will planning. Graduating in 1968, Roy is passionate about leaving a legacy to York that will benefit the Department of Chemistry and future students who without wonderful gifts like his would not otherwise be able to study at York and achieve their ambitions. We thank Roy, and our other kind legators and members of the Heslington Circle, for their passion and vision in helping us build an even greater future for generations to come. 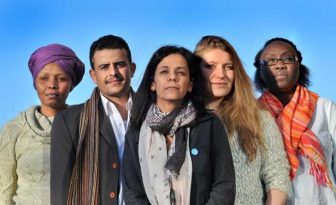 Reflecting our international outlook, your support for our Protective Fellowship Scheme for Human Rights has meant that we can continue to fund up to ten Fellows from around the world in 2016/17.

Gifts of all sizes and funding from the Sigrid Rausing Trust, Open Society Foundations, the Alan and Babette Sainsbury Charitable Fund, the J A Clark Charitable Trust and the Evan Cornish Foundation have combined to support these individuals. They return to their own countries with an international network of contacts to help them, and with the skills and training they need to effect grassroots change in their communities.

The Centre for Applied Human Rights, which draws on the University of York’s rich tradition of rigorous and engaged scholarship in the fields of development, post-war reconstruction, public policy, public health, disability rights, gender and women’s rights, environmental issues, and refugee law, marks its 10th anniversary in 2018. Since its creation in 2008, York has hosted over 55 fellows from around the world, and your support has made a unique contribution to ensure that social activism is sustainable. Thank you!

york is ranked 10th out of 155 institutions for research impact

In the 1960s, it was Sir Jack Lyons who made it possible for a Department of Music to be included in the plans for the University. Although he sadly passed away in 2008, the building he gave – the Sir Jack Lyons Concert Hall – remains at the musical centre of the University today. Throughout the years the Lyons family have continued to support our work in many ways; in particular, the building of the Music Research Centre and through scholarships which bring outstanding PhD students to York. This year, as we mark the centenary of his birth, we would like to extend our thanks to the Lyons family and the Sir Jack Lyons Charitable Trust for making Music at York the place it is today – a World Top 50 Department! 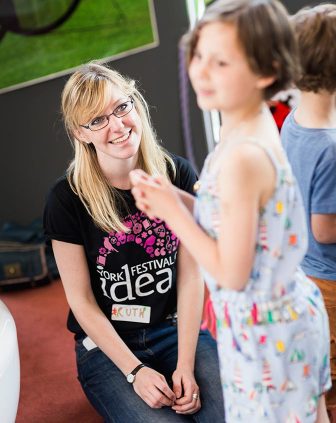 The York Festival of Ideas was launched by the University of York in 2011, with just three Festival partners. Now, in less than five years, it has become the largest free festival in the UK, with more than 60 local and national partner organisations engaged in supporting the Festival programme. Sponsors include Aviva, Bettys, Blackwell’s, Castle Howard, English Heritage, the Institute of Engineering and Technology, Joseph Rowntree Foundation, Tate Britain, the Holbeck Charitable Trust and the Victoria and Albert Museum. The diverse nature of the festival themes attracts a varied audience, with fans from 3 to 80. Needless to say, we are delighted to be leading this City-wide event that underlines the University’s core belief in the power of education and ideas to transform lives.

Other news on trusts and foundations funding

The ONAOSI Foundation, based in Italy, has pledged funding of up to €100,000 towards scholarships for students normally resident in Italy entering a one-year taught or research Masters programme at the University of York. This is the Foundation’s first partnership with a UK university. The ONAOSI Foundation Postgraduate Scholarships are available to students with outstanding academic records in a range of disciplines, including science and medical sciences, reflecting the Foundation’s interests.

A £150,000 grant from the Leverhulme Trust was awarded to support a two-year research project in the Department of History on Archbishop Walter de Gray, who was Archbishop of York in the 13th century.