The University of York has recently received a legacy gift of £10,000 from the estate of the late Professor Venables.

Professor Peter Venables was founder of the Department of Psychology at York and former Pro-Vice-Chancellor of the University. He received the British Psychological Society’s Lifetime Achievement Award in 2014 for his work in psychology and helped build an environment where further generations of psychological research and scholarship are flourishing. He sadly passed away in May 2017. 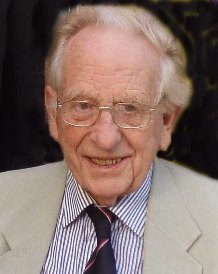 Professor Venables generously included the University of York in his will back in August 2013, expressing his wish for his gift to be used where it was needed most. At a recent Heslington Circle* event however, he mentioned his preference to support undergraduate students in the Department of Psychology, so his gift has been directed to support students in his former department.

The gift of a lifetime

His kind and generous gift will ensure that there will be at least five York Futures Scholarships given to undergraduate psychology students in their second and third years. Professor Venables has left his mark on the University and will be remembered for his thoughtfulness.

*As a legacy donor Professor Venables was part of our Heslington Circle group of donors. These are donors who have notified us about their intention to leave the University a gift in their will. You can discover more about the Heslington Circle giving group in this article about their recent event. Thank you to everyone who supports our York Futures Scholarships and you can meet our scholars in this Changing Lives article.