The Evan Cornish Foundation has generously pledged a grant to the Centre for Applied Human Rights’ Protective Fellowship Scheme for Human Rights Defenders.

Human rights defenders risk their lives to fight injustice and strengthen democracy around the world. The United Nations has declared that they deserve special protection because of their critical work in promoting human rights. Yet, in many countries, they face imprisonment without charge, torture and threats of death.

A donation of £14,981 per year for two years has been pledged by The Evan Cornish Foundation

Since then 62 Defenders from across the globe have been to York as the Centre continues in its mission to enhance the sustainability of social activism.

The Protective Fellowship Scheme allows up to ten defenders per year to spend time in York for the purposes of research, networking and rest from a difficult working environment. During this time they benefit both from time away from home and from educational resources designed to increase their effectiveness and their ability to influence policy and practice when they return home.

We spoke to six HRDs who had taken part in the Fellowship Scheme between 2012-2014 to find out how their time in York had impacted on their human rights work. Most HRDs have gone on to train others on such diverse issues as human rights law, leadership, and digital and physical security.

This unique scheme provides a safe haven for those facing persecution from some of the world’s most repressive regimes.

Based on the module ‘Working Safely’, HRD Gullalai from Pakistan was able to develop and implement a much needed security plan for her organization, Khwendo Kor that works on women’s empowerment. 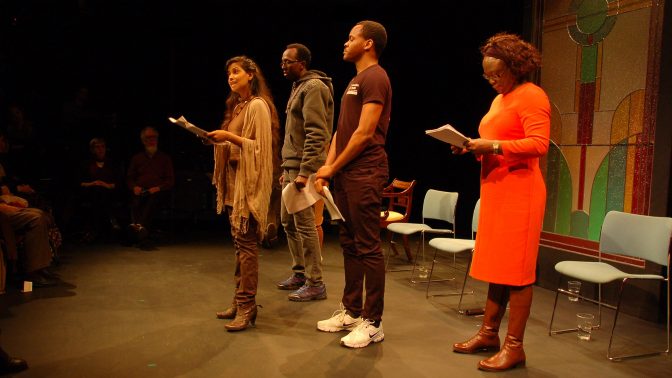 For Stephen Chukwumah, Executive Director of Improved Youth Health Initiative working in eastern Nigeria, developing skills to conduct advocacy, speaking publicly and making new connections, particularly with potential funders, was an invaluable aspect of the Fellowship Scheme. Stephen told us “With every new project I work on, every time I give a public speech I use these skills. I use them to improve my work”.

Some of the HRDs’ independent project work has developed into projects with a wide reach.

With support from CAHR’s artist in residence, Juliana Mensah, Jestina started writing a manuscript chronicling her experiences as an HRD in Zimbabwe. The book has now been published and she hopes it will reach 100,000 readers.

Sometimes however, simply the break from front line work is empowering enough to make a different to the Defenders’ lives. Carlos Santos from El Salvador joined the Fellowship Scheme in October 2013 at a time when he was at increased risk because of investigations he had made into enforced disappearances, “It was heaven, rest, the time away from being a target.”

Philanthropy is plays a vital role in enabling these Fellows to travel to York and benefit from this experience offered by the University. The Evan Cornish Foundation is one of many wonderful supporters who are funding the Centre for Applied Human Rights’ vital work in this area, alongside the Sigrid Rausing Trust, the Alan and Babette Sainsbury Charitable Fund and the Open Society Institute. Individual gifts from alumni donors and friends like you also go along way to making York a safe haven for Defenders facing persecution from some of the world’s most repressive regimes. Thank you.

Each scholarship costs £10,000 and covers living costs, travel and enables a Defender to gain skills to work effectively towards peaceful and sustainable development in their homeland. You can find out more about our Human Rights Defenders and how to support the Centre of Applied Human Rights.