Thanks to generous donations from the Andrew W Mellon Foundation and the Marc Fitch Foundation, more than four centuries of English history recorded by the Archbishops of York are now available online.

The launch of the Archbishops’ Registers Revealed website on 1 March 2016 is an important milestone in an ongoing digitisation project by experts at the Borthwick Institute for Archives at the University of York. For the first time, four centuries of English history reflected in the pages of these unparalleled ecclesiastical records are now freely available online, thanks to the generosity of the Andrew W Mellon Foundation and the Marc Fitch Foundation.

The Archbishops’ Registers, held at the Borthwick Institute, are a series of more than 10,000 handwritten parchment folios, bound into 45 books, which record the formal acts of the Archbishops of York. Spanning the period from the late 1220s up until the Civil War, they are key sources for the study of medieval and early modern history, providing material on areas as diverse as ecclesiastical and political machinations, the construction of historical buildings, and everyday social, cultural and economic conditions for clergy and laypeople. Thanks to the Archbishops’ Registers Revealed project, this material is now open to a much wider audience, including genealogists and local historians.

Over 20,000 images of pages originally written between 1225 and 1650 have now been created, as well as a growing index of people, names and places. Transcriptions and translations have also been provided to facilitate access by a non-specialist audience. Dr Chris Webb, Keeper of the Archives, hopes that the launch of this online treasure trove will help to transform the study of early modern history, and will ensure that the same attention is now paid to ecclesiastical records of the early modern period as to medieval ones: “This first ever attempt to provide the Archbishops’ Registers online will allow them to be used and understood in a way that has not been possible before, and will help to open new avenues in research.” His words are borne out by the volume of visitors to the website in its first week after launch, when nearly 2,500 users from 53 countries viewed its pages. 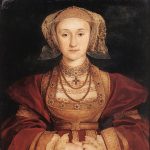 I see no such thing in her, as haith benn shewed me of her and am ashamed that men haith so praesed her as they have dooun, and I like her nott.

Henry VIII on seeing his fiancée Anne of Cleves for the first time, as recorded in the Archbishops’ Registers

Capturing and disseminating these thousands of high-quality digital images was also inextricably linked to the condition of the original Registers and their suitability for digitisation. Professional conservation work was carried out to prepare the Registers for imaging, the very first time that they have received such in-depth assessment and systematic conservation work. Not only has this now allowed digitisation to be carried out on the parchment folios, but it will also secure their survival in the best possible conditions for the future.

Future developments include integrating the Registers into a planned Diocesan Archive, to be hosted on the Borthwick Institute online catalogue, enabling users to explore the wider role and influence of the Archbishops of York on the Church in the north of England. In terms of teaching, material from the Registers will also be embedded into undergraduate and graduate courses provided by the Borthwick Institute, and the Department of History is now developing an online graduate course in British Archives which will make use of this unique witness to past lives in York.

Bringing together the very best of modern technologies with the highest traditions of academic research, the continuing work on the Archbishops’ Registers will ensure free and remote access to the wealth of information and interest contained in these priceless historical documents.”

There is still more work to do in bringing the Archbishops’ Registers into the digital age and making them accessible to everyone.If you would like to contribute to this ongoing project, please contact Sharon Oakley, Development Manager on +44 (0)1904 324465 or by email to sharon.oakley@york.ac.uk.